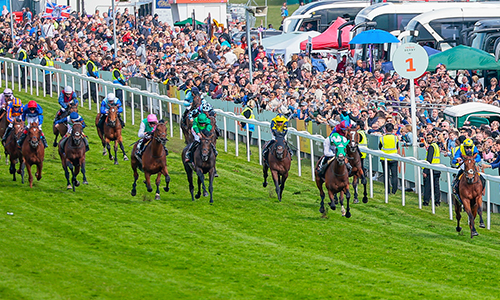 Derby day at Epsom was the third World Pool day of the 2022 UK season and saw a rapturous crowd assembled on the Downs to witness a historic event as the nation celebrated the Queen’s Platinum Jubilee.

Derby favourite Desert Crown didn’t disappoint, as he took up the lead two furlongs from home and strode out to the line to record an impressive two-and-a-half length victory, returning at World Pool Tote odds of 3.2. It marked a sixth win in the race for trainer Sir Michael Stoute and a first for jockey Richard Kingscote.

The Derby itself set a new record for World Pool turnover on a single race at HK$66.1 million, part of HK$284.2 million bet over the course of the day, which was HK$28.5 million up on 2021. This record turnover was the sum of all World Pool bet types placed around the globe. 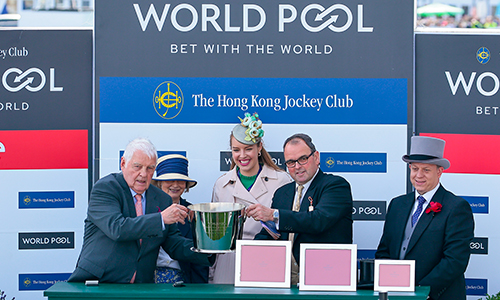 On Derby day, the World Pool Moment of the Day prize was won by Ravi Parmar, groom of Derby winner Desert Crown, in recognition of his job preparing the colt for the big event.

Collecting the trophy on his behalf, winning rider Richard Kingscote praised his efforts, saying “the horse looked a picture, Ravi’s done a great job with him, kept him calm and this is well deserved.”

He also thanked the wider team at Sir Michael Stoute’s Freemason Lodge yard for their help since he began his close association with the trainer last season.

Richard Kingscote, the winning rider of the Derby winner DESERT CROWN, collecting the trophy on behalf of the World Pool Moment of the Day winner Ravi Parmar, the groom of the horse, from the RacingTV team.