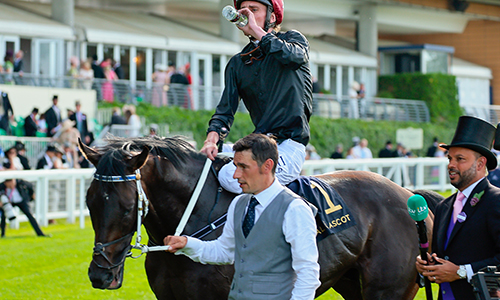 If there was one thing most racing fans wanted to see at Royal Ascot on Ladies’ Day, it was probably the royal colours making their way into the winners’ enclosure.

Most expected that to come in the G3 Hampton Court Stakes when John and Thady Gosden’s royal runner, Reach For The Moon, was partnered by legendary rider Frankie Dettori.

The stage was set and the roof ready to be blown off Royal Ascot. However, racing doesn’t always follow the script and Her Majesty’s runner was beaten by Claymore for Jane Chapple-Hyam.

The result capped off a wonderful meeting for the small yard who recorded two wins and a second from just three runners during the week.

Ollie Turner, who has looked after Claymore since he was a two-year-old, described that first Royal Ascot winner feeling as “being out of this world”. 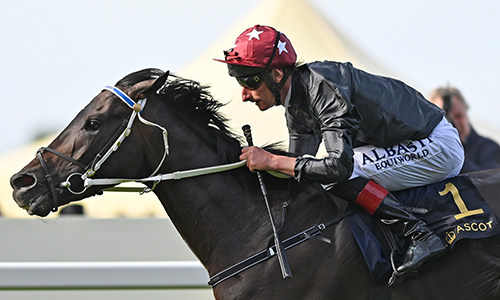 Ollie is a big part of the operation at Jane’s yard being the travelling head groom and was quick to praise his boss when receiving the £1,000 cash prize and bottle of champagne from World Pool.

He said: “Jane knows how to pick her staff, and everyone chips in and does everything unbelievably well for her because she’s such a good boss!”